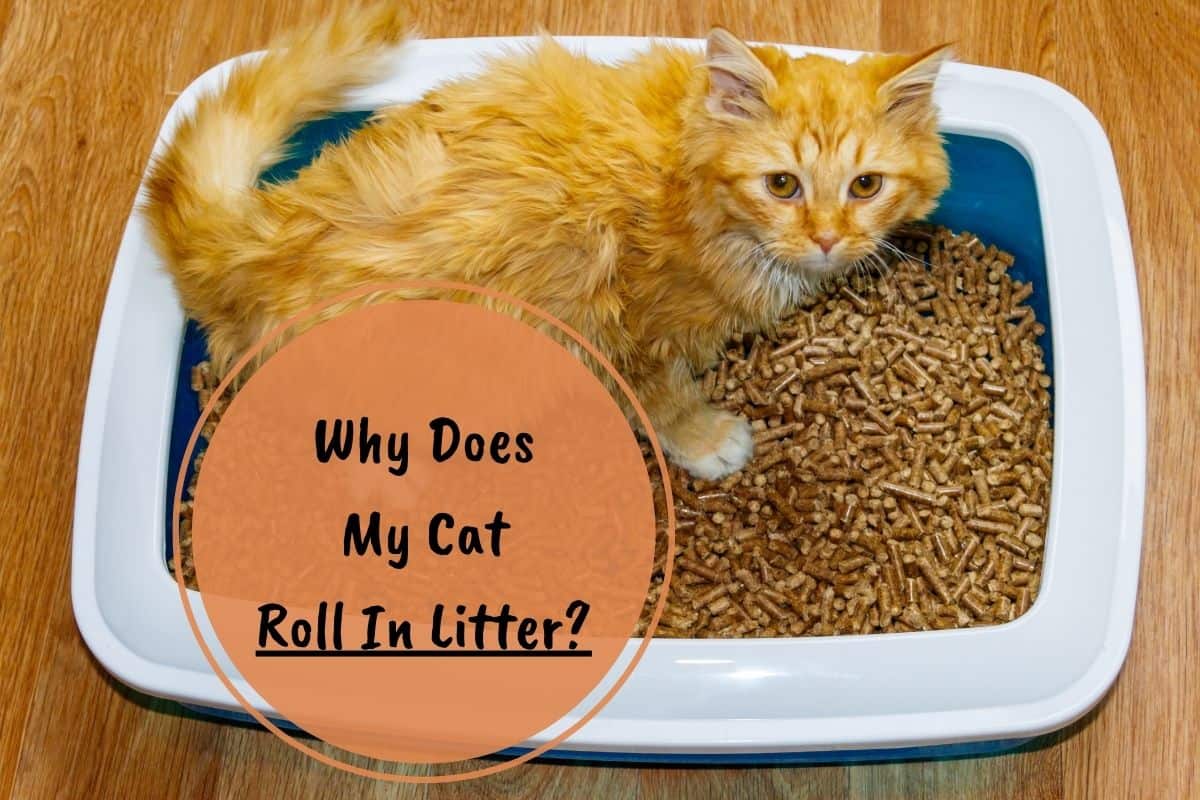 Why Does My Cat Roll In Litter?

Home » Useful Guides » Why Does My Cat Roll In Litter?

Many cat owners worldwide wonder why my cat rolls in the litter. Unfortunately, for many cat owners, that question remains unanswered. Generally, cats are domestic and non-violent animals, but cats are wild at heart.

Why Do Cats Generally Roll?

Cats have a reputation for being quite lazy, but you would be surprised by what unusual behaviors these little, pretty cats do. One interesting behavior that cats like to perform is rolling on their backs. So if you notice your cat rolling around their back, they might greet you that way.

This behavior is commonly seen near the person who feeds them. While it isn’t entirely clear why cats roll on their backs, one theory suggests that this is a sign of playful feelings and other positive signs, such as cats feeling safe around. Some other valid reasons cats rolls, in general, are:

The main purpose of the litter box is that it is used as a cat’s bathroom. Every cat parent knows that cats roll in their litter, but why? The reasons might surprise you. Rolling in a litter is normal behavior, but the causes and reasons for rolling differ, including marking territorial and happiness.

Rolling in a litter can help cats prevent parasites like fleas from infesting your cat’s bodies. Cats will also roll around in the litter because it marks their scent, which tells other cats that the space belongs to them and not someone else. The five main reasons cats roll in the litter are given below.

Cats will also use litter to mark their territory. When you have a cat, it will guard that territory. They do this by rolling in the litter and leaving their scent for other cats or cats to know that the space belongs to them.

Sometimes, cats will roll in their litter due to health reasons. This is often caused by skin allergy or irritation in the body. In addition, the cat may be suffering from urinary tract conditions, and rolling the litter will help relieve it.

If you continuously notice that cats spend the whole day playing in the litter box and don’t produce much waste, as they normally do. Then visit a veterinarian to find out and eliminate medical issues.

Feeling scared is another reason they roll in litter boxes because they consider the litter box the safest place for themselves. Strangers and loud noises can scare your little kitty. Whenever your cats feel scared, they do such things.

Is Rolling In Litter Box Good For Cats?

Yes, it’s good for cats. Litter rolling is not just a regular activity of your cat; it is a part of their instinct. The main cause of litter rolling in cats is to get rid of parasites and other biting insects that may harm your cat’s body.

Yes, this is the main reason why cats use the litter box. Cats roll in their litter box to mark their territory and leave their scent so that other pets know the space belongs to them. Also, cats roll in the litter because it is a natural way of relieving itching and getting rid of parasites.

Yes, cleaning your cat’s litter boxes is essential. However, if you don’t clean up the litter box regularly, that may cause health issues for your cat and you. You heard it right; various illnesses spread from the cat’s body to humans. Therefore, mild dish detergent is essential when cleaning the litter box.

Suppose you have a cat, then it’s common to have many questions about their behavior and what they do. If your cat rolls in the litter, don’t worry because that’s an intuitive way of getting rid of parasites from its body. So, litter rolling is good for cats, so make happy to your cats with a clean litter box.